The Weekly and Daily MACD is a study developed by Vitaly Apirine for analysis of the Moving Average Convergence/ Divergence (MACD) oscillator using two time frames on a single chart. The technical indicator comprises two MACD lines (daily and weekly), a relative daily MACD (the sum of the daily and the weekly MACDs), and the zero level. By default, the daily MACD plot is hidden; to make it visible, click on the DailyMACD tab of the Plots area and activate the Show plot checkbox. Note: in order to match the daily and the weekly time frames, all the numbers mentioned in this article are selected for usage with an aggregation period of 1 day. 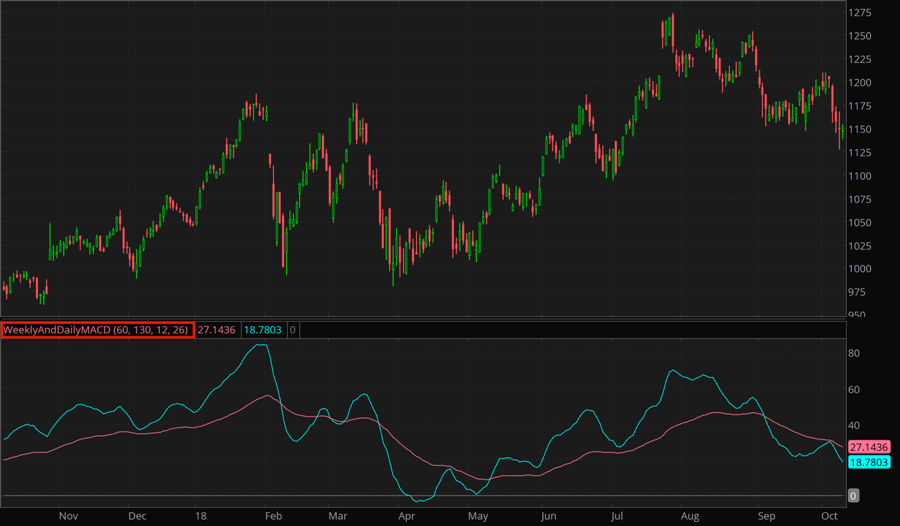 WeaknessInAStrongTrend WeeklyAndDailyPPO
You may also like
MomentumPercentDiff
The Momentum Percent Diff is a momentum-based technical indicator. Unlike the regular Momentum ...
FW_MOBO_Advanced
MOBO (Momentum Breakout Bands) study suggests that all markets and stock prices have a period ...
Condition Wizard
Condition Wizard is a special feature which allows you to build up conditions or logical ...