The Weakness In A Strong Trend study analyzes abnormal behavior (weakness) of the price plot based on disagreement between price and its moving average.

A Long signal (yellow arrow) is suggested after three bars in a row each having price lower than the previous while moving average is still rising. A more confident signal (green arrow) is produced if this happens for four bars in a row. Conversely, the Short signal (light red arrow) is given after three consecutive higher prices while moving average is declining; a stronger signal (red arrow) is produced after four consecutive higher prices. 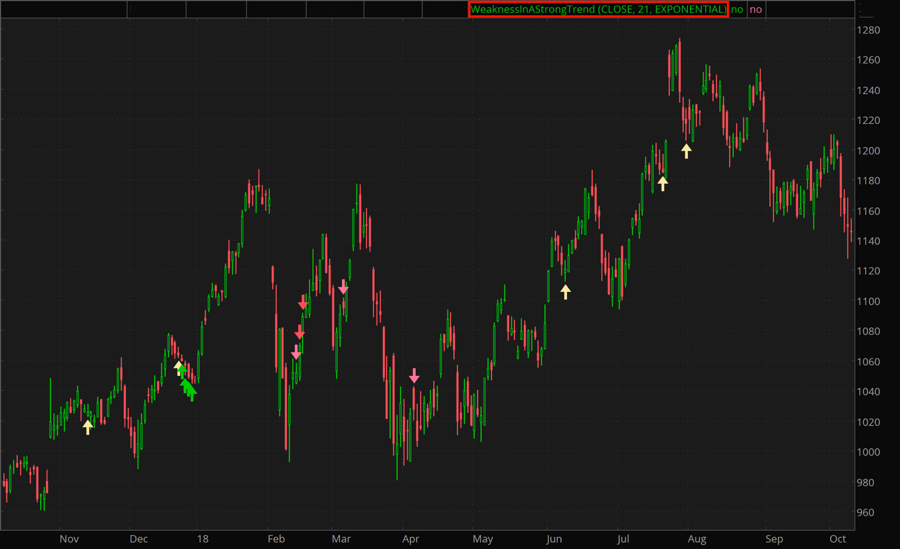 WarningSymbols WeeklyAndDailyMACD
You may also like
MomentumPercentDiff
The Momentum Percent Diff is a momentum-based technical indicator. Unlike the regular Momentum ...
SlowRSI
The Slow Relative Strength Index is a version of the classic Relative Strength Index (RSI), ...
FourDayBreakoutLE
The Four-Day Breakout LE strategy is designed by Ken Calhoun. The strategy adds a buy to ...