The Semi-Cup Formation is a technical indicator whose purpose is predicting cup formations during their development. Spotting such formations at early phases can be a powerful method of trend reversal forecasting.

In order to find semi-cup formations, this study employs the following algorithm.

Semi-cup formation occurs in a sequence of bars, the first of which has the highest price of specified type compared to the others; this sequence can be defined by minimum and maximum length. The price of the first bar must be greater than that of the last bar multiplied by user-defined factor.

The sequence is then divided into five equal parts. Analyzing these parts, the semi-cup formation is recognized if: 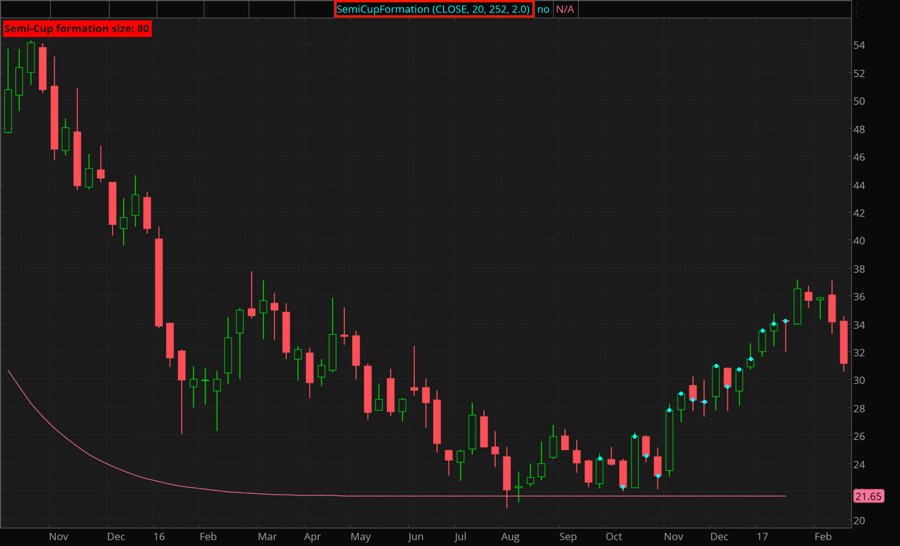