The Random Walk Index is based upon the concept of the shortest distance between two points is a straight line. The further prices stray from that straight line within a given time, the less efficient the movement. The more random the movement, the greater the RWI fluctuates. 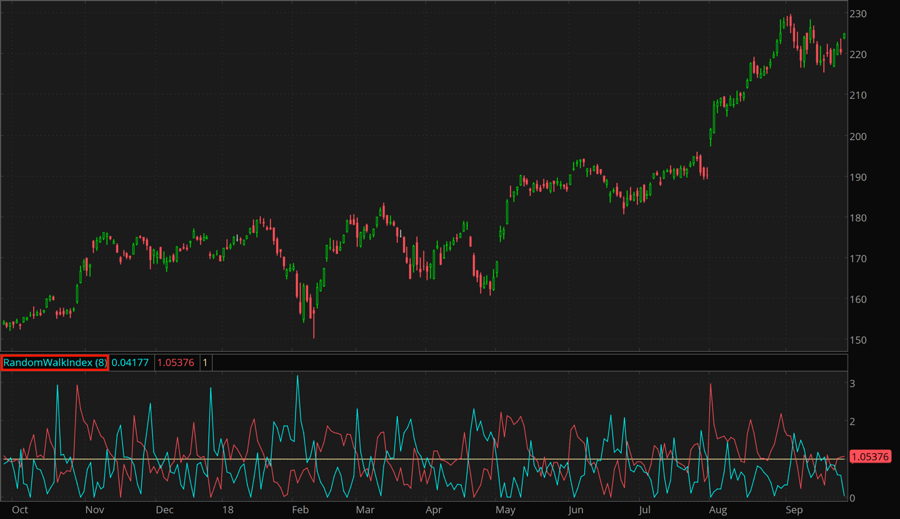