The Fast Beta coefficient is another version of the Beta study: it measures the systematic risk of a security, sensitivity of security's returns to market returns. As the benchmark of this measurement, the market is defined of having a beta of 1.0.

In mathematical sense, Fast Beta is the ratio of modified covariance between ROC of the security and that of the market to modified variance of the latter. The only difference between modified and standard versions of variance and covariance is that the former uses a Weighted Moving Average instead of simple. 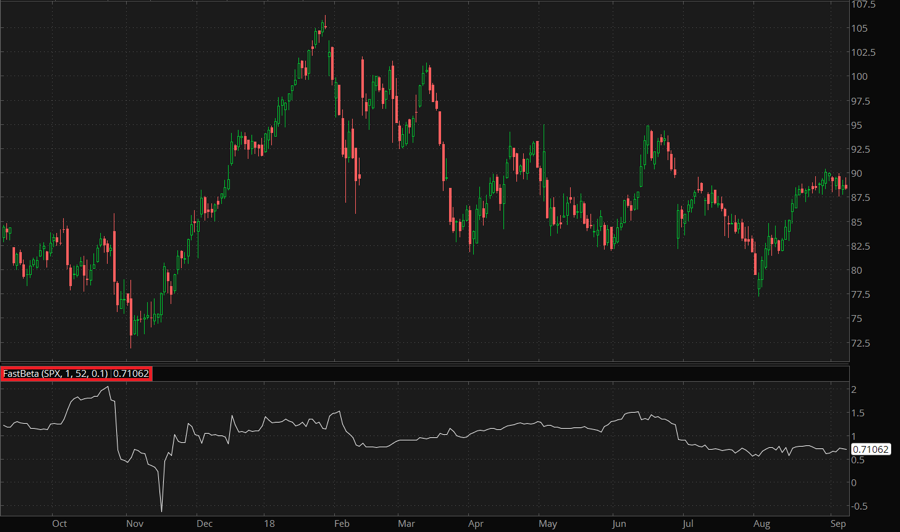 ExponentialDeviationBands FIR_FiltersOfPriceChange
You may also like
MomentumPercentDiff
The Momentum Percent Diff is a momentum-based technical indicator. Unlike the regular Momentum ...
Tick Counter
Tick Counter is a feature available for charts using Tick aggregation. This feature shows ...
SlowRSI
The Slow Relative Strength Index is a version of the classic Relative Strength Index (RSI), ...