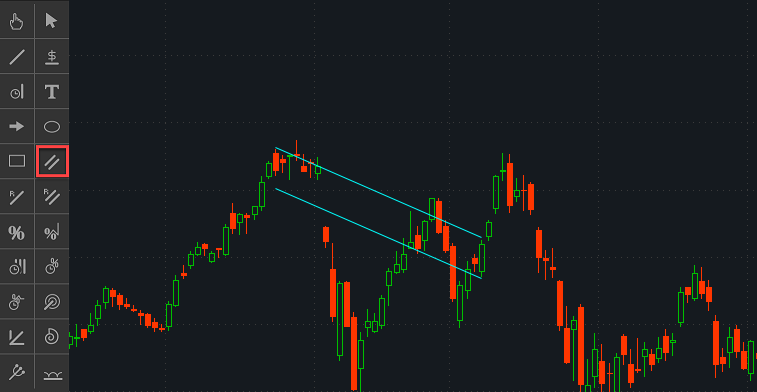 The channel is a combination of two parallel lines: the trendline and the channel line. Recognizing existence of the channel might be crucial to the analyst as prices often remain within the same channel, while breaking out of the channel can predict change in trend.

In order to add the channel to chart, choose it from the Active Tool menu. Specify two points that will define the slope of the trendline. The trendline will appear on chart. At the same time, the channel line appears: move it to desired location and left-click so that both lines are fixed.

This section allows you to add extra parallel lines to the channel. These can be located within the channel and outside it. By default, three extra lines are added (but hidden), however, you can add as much as you like by pressing "Add Curve Button".